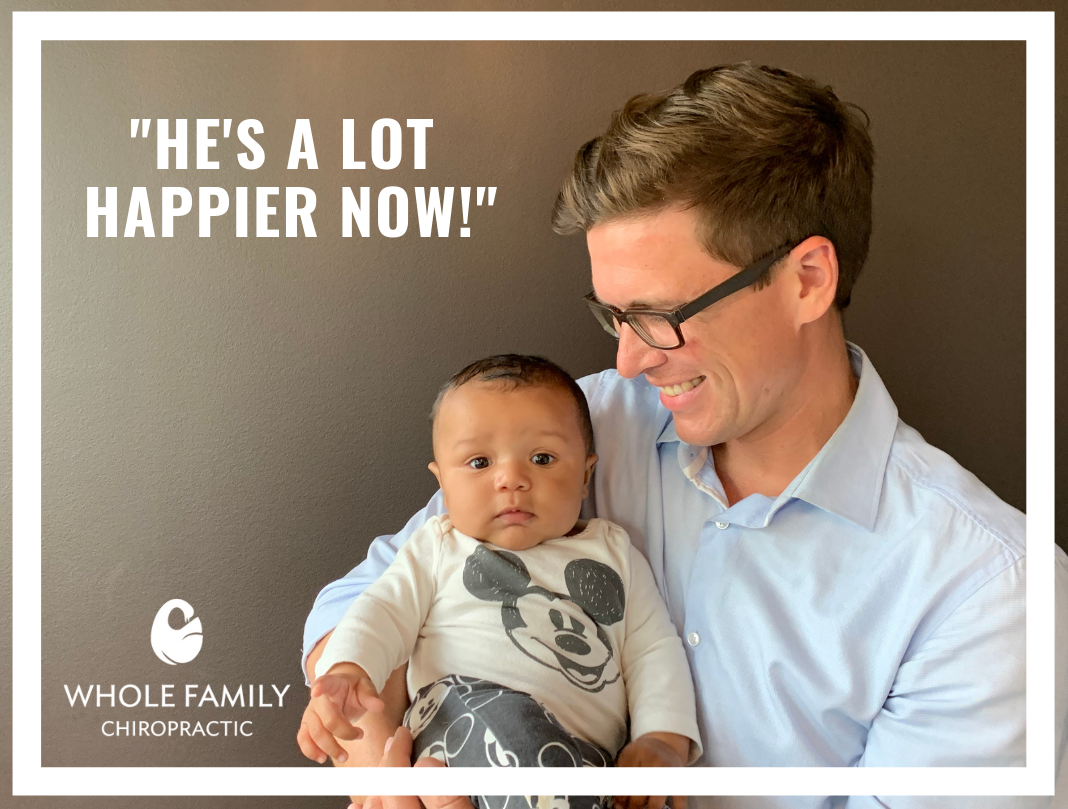 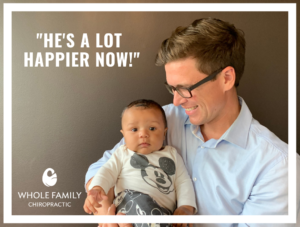 “As soon as he was born he was constantly jittery, he looked like a ‘drug baby’ by the way he would shake.  Any sort of touch and he would automatically shake.  Even just holding him he would start to shake.  He was also constantly spitting up, and had a hard time pooping.

It was hard for me and I felt bad because I couldn’t comfort him.  The pediatrician told me to give him prune juice for the constipation.  But he was only two weeks old, so I didn’t feel that was the right thing.  He told me to wait it out and that it would go away.

The difference with Whole Family Chiropractic is it actually helped his body!  Now he doesn’t shake at all.  His spitting up is almost all gone, and he doesn’t have any constipation any more.  He’s a lot happier now!  The most special part about care here is that we’re treated like family.

Initially, when things started working, I was actually surprised.  Right away I was skeptical because I didn’t understand how going to a chiropractor could help with his shaking.  When I saw the changes I was actually quite shocked and impressed that it worked!”