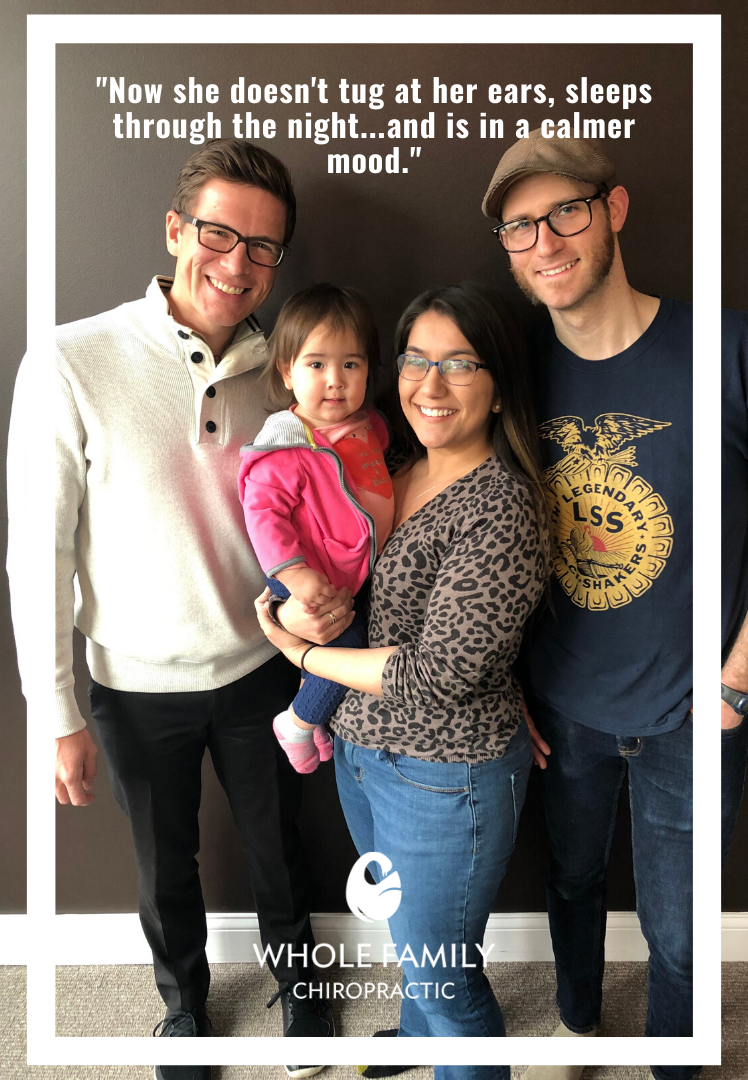 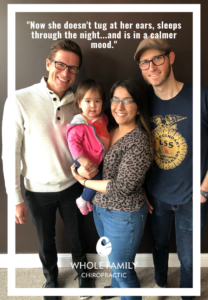 Lucinda had been sick for about two months with an ear infection. We had tried a couple rounds of antibiotics, but she wasn’t recovering fully and still had inflammation in one of her ears. One of the antibiotics gave her an allergic reaction and she had a rash all over her body.

It was difficult because we wanted her to feel better. She was having fevers, congestion, and would end up tugging her ears a lot, especially at night before bed. As soon as she knew bedtime was coming, she would start tugging her ears. You could tell it bothered her a lot.

She wasn’t sleeping so well. She would wake up multiple times a night, crying. We would take her to the doctor’s and would end up staying home with her. After several trips to the doctor and a trip to urgent care, our pediatrician set up a referral for an ear-nose-throat doctor and audiologist to talk about the possibility of placing tubes in her ears. It was scary for us because it seemed like nothing we were doing at the time was helping her recover all the way. We called to set up that appointment and they didn’t have availability until a month and a half later.

While on the 3rd round of antibiotics, we knew we wanted to do something that could help her sooner than later. We didn’t want to wait until we could be seen by the ENT doctor, so we decided to look for alternative ways to help her.

When we came to Whole Family Chiropractic, it felt so welcoming. Dr. Chelsey and Dr. Tye explained how adjustments could help with the way Lucinda’s ears would drain fluid causing inflammation. We didn’t really know what to expect and knew we wanted to start something rather than just waiting for another appointment.

The good news was that we saw improvement a lot sooner than we thought. During the first month, she started to become less congested, and she started to sleep better. Over a few weeks, she seemed calmer after adjustments too. By the time we had the appointment with the ENT, the doctor let us know they didn’t see any inflammation and that she was not a candidate for tube surgery. It was crazy because while she was still attending the same daycare, she started getting less runny noses, less coughing, less phlegm compared to all the other children.

During this time she did get sick and within a day or two, she felt a lot better. It was the quickest I had ever seen her get over a cold.

Since starting at Whole Family, we’ve experienced reduced visits to her doctor (besides well-check ups). When she gets sick, it’s less severe and she recovers much more quickly than ever before. When we looked back at the first year of her life, we noticed she was always congested or would get a cold that would last weeks. It’s crazy to see how much different it is now that she is sick a lot less. Now she doesn’t tug her ears at night, sleeps through the night, and seems like she is in a calmer mood.

The adjustments not only helped her ear infections, but also with digestion, teething and sleep-regressions. It’s been awesome coming to Whole Family. The appointments are quick and painless. When we come for an appointment, Lucinda is happy and excited to be there. She knows exactly where to go and lets the doctors adjust her without a fuss. After, she is happy and ready to go for the day.

I would love to let people know how our experience with chiropractic care has changed our lives and that it is an awesome alternative (or in addition) to health care that is safe and gentle, and yet can have great results. I am excited to also join Lucinda as a patient as well. After seeing how it has changed her body’s response to illness and stress, I signed up and would recommend it to both kids and adults alike.