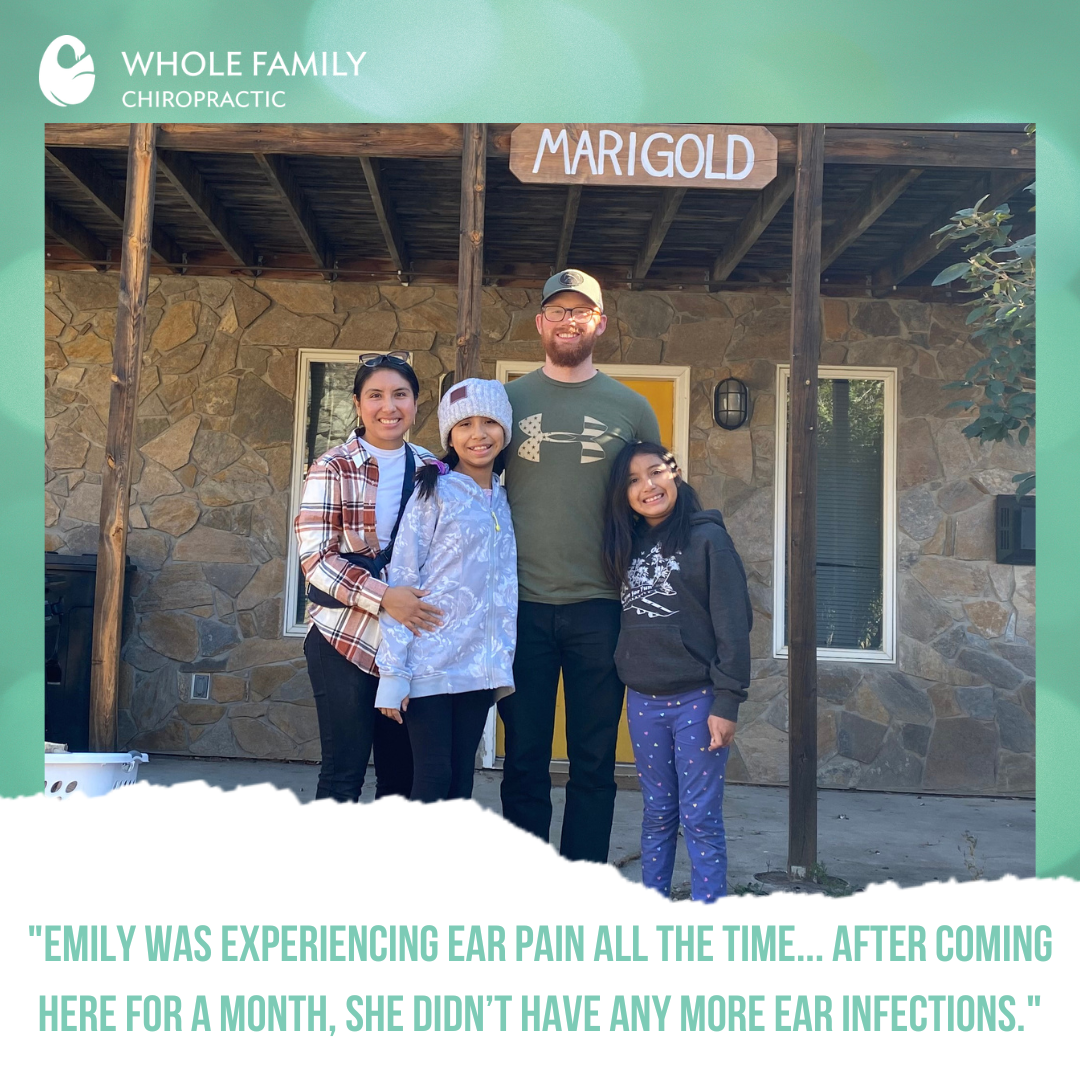 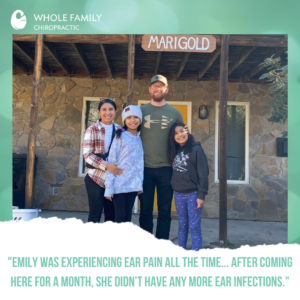 “I originally brought Emily because she suffered from a lot of ear infections. Since she was six months old, she was experiencing ear infections and ear pain all the time. She ended up having tubes put in her ears.

She was missing a lot of school because she was always sick. Her immune system was shot and she had a cold every other week. It was hard for her to sleep at night because she was always stuffy. We tried antibiotics, we tried home remedies like garlic oil in the ear. But in my eyes, it was just a temporary fix. We weren’t addressing the root cause; we were just trying to keep her comfortable.

It’s hard to know what to do in that situation. The doctor said we needed to remove her adenoids. That was the last resort, and I just didn’t feel comfortable with it. I didn’t know what else to do to help her, but then I heard of chiropractic care helping kids that have recurrent ear infections. I decided before we remove anything, let’s try this one last thing.

After coming to WFC for a month, she didn’t have any more ear infections. She hadn’t even had a stuffy nose. I was very surprised. Emily didn’t even notice that she was feeling better, it just happened. It was very, very cool to witness. Her sleep is better, she has more energy, and she doesn’t get sick as frequently.

Everyone who works at WFC is always super friendly and very accommodating. Dr. Tye and Dr. Chelsey are very helpful and reassuring. They’ll do a quick check in with me making sure everything is going well and everything is working exactly the way it’s supposed to be.

Seeing the change in Emily has made me realize how I should probably be getting care, as well as my husband and my other daughter. I think eventually we will all be coming. The care here has really made it like night and day — I’m still in shock.”