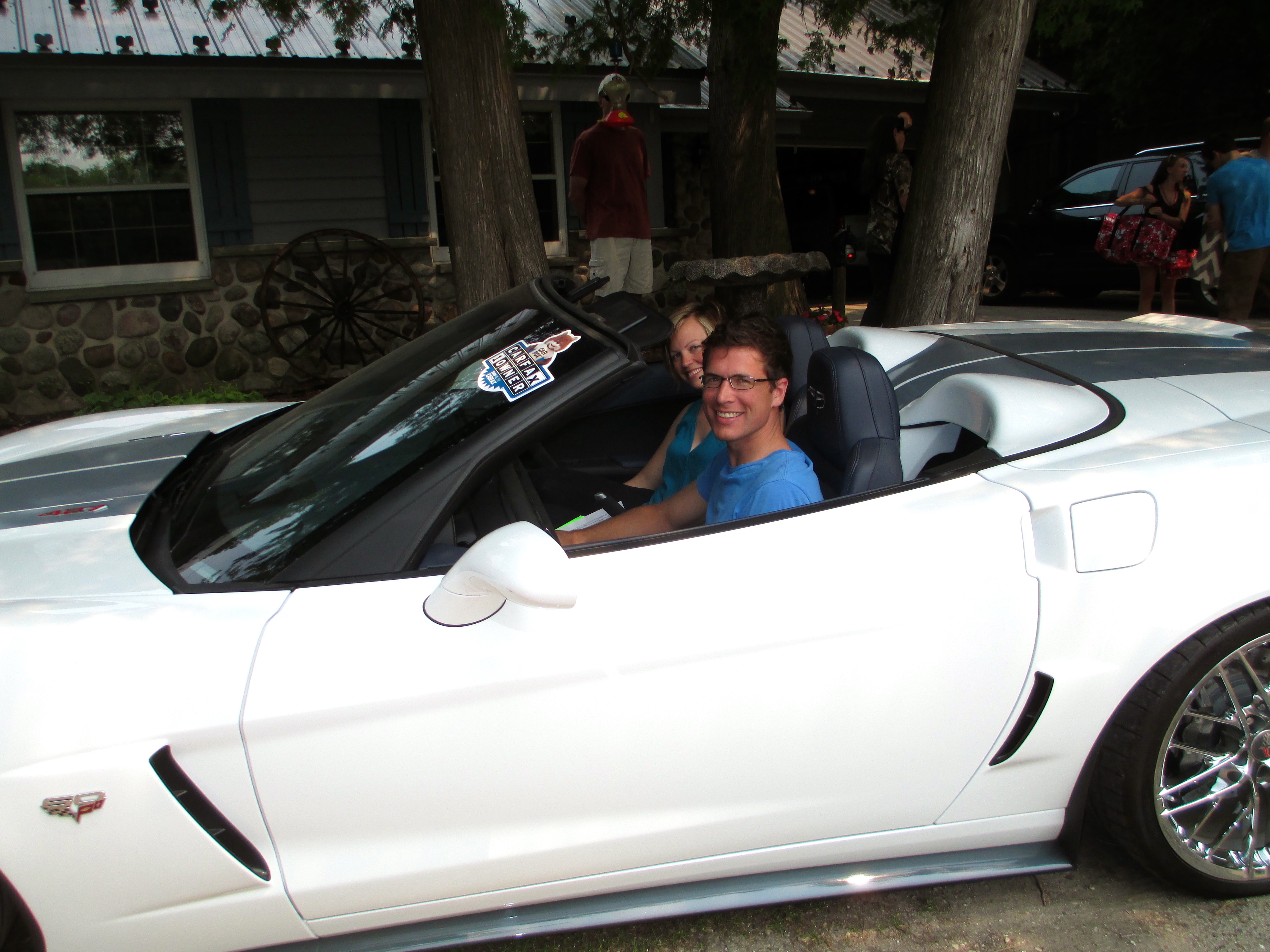 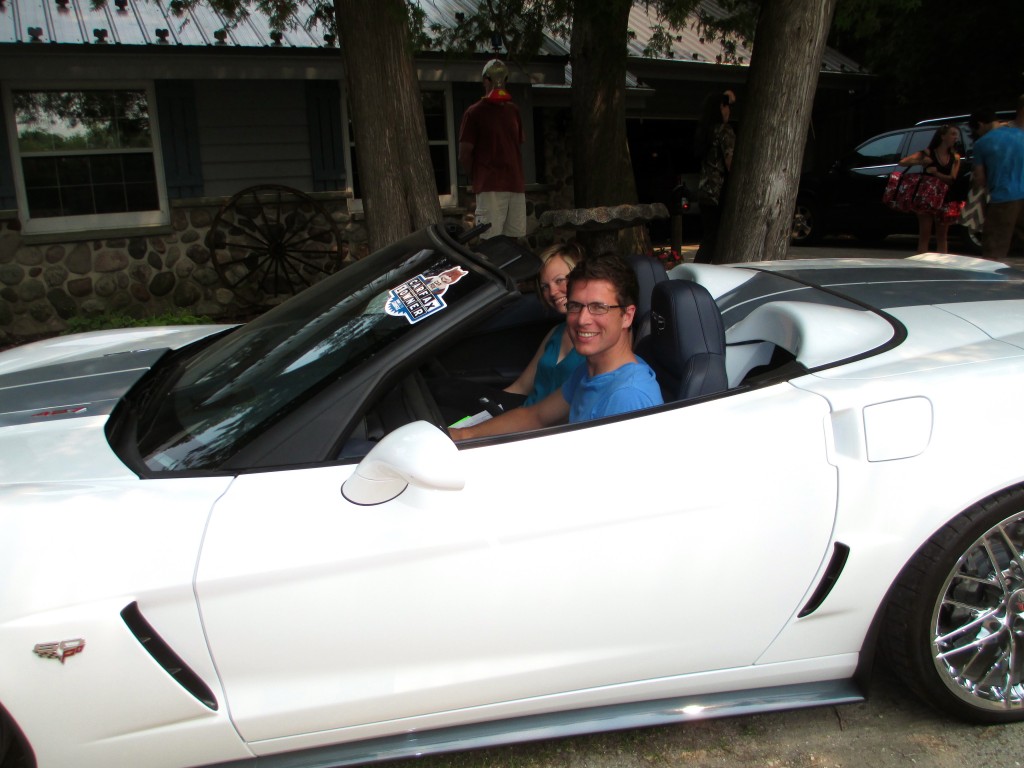 What is the Missing Piece to Your Child’s ADHD Brain?

This blog is for you if your child has ADHD and you’d like to control his or her turbocharged brain.  Would you like to keep your child’s powerful brain, while still helping your child become calmer and more focused?

To help, I want to share a recent story and compare how your child’s ADHD brain is like a turbocharged sports car (it has a really powerful engine), but with bicycle sized brakes (very weak stopping power).

Last summer, my wife and I were staying at my grandparents in Wisconsin.  Just before leaving to return home to St Paul, my uncle arrived in a 60th anniversary edition Corvette (very powerful engine).  Being the nice uncle that he was, he let my wife and I take a drive in it.

Before we started, I was curious as to how much power it had.  My uncle said at 505 horsepower, it had about 3 times as much power as what I’m used to driving.

After backing out of my grandparents driveway, I had to go very slowly down their dead end street.  As I began creeping down the road I was nervous because I could feel the power the car had.  It such tight quarters, its power was almost scary.  It felt like at any moment, if I hit the gas too much, I’d explode and run over something I wasn’t supposed to. It made me think of a child who is forced to sit still, even though they want to run around outside.  It’s like being trapped in a box!

We drove a little further, and finally came to a road where things opened up.  Not only was the speed limit 55 MPH, but there was plenty of room with no other cars around (like being outside on the playground and having it all to yourself).  These are times when being out on the country roads can be really fun!

Now I finally hit the gas like this car was waiting to do the whole time!  It sounded like fire was coming out of the tailpipes, and about as quick as we started accelerating I looked down and the speedometer said we were over 90 MPH!

After some twists and turns and starts and stops throughout the country side, we returned the car safely to my uncle.

There are two things that I want to point out about this experience that relate to your child’s turbocharged brain.

First of all, when a car like this Corvette has so much horsepower, it can have a tough time on small roads with low speed limits (like your child sitting still in class).  It’s engine is designed to take advantage of all the open roads out there (like playing outside with lots of room to run).

The second thing is how a sports car is built.  We know it has a very powerful engine.  But we forget that it also has very powerful brakes.  Imagine driving really fast with the same brakes your bicycle has.  It would be way too easy to crash!

What we see in kids with ADHD is that they usually have a very powerful, turbocharged brain.  However, what they’re missing, are the powerful brakes to match.  They only have bicycle sized breaks.

As a result, they’re really good at revving up their engine (their brain), but not so good at slowing it down (being calm and focusing).

With a turbocharged brain, it means they are capable of amazing things.  They might be way smarter than a lot of kids in their class.  They see more, they process more, they pick up on everything really quickly.  However, their brain doesn’t have the braking power to slow down when needed, and let everything sink in.  They can’t sit still long enough to get their answers out.  As a result they crash into every corner they go around.

Unfortunately, when this happens, the common approach is to take some power away from their brain – to make it into a regular car.  A car that’s safe and secure and doesn’t go too fast.  While this can make them look and behave like the other kids around them (usually because of the medication they end up taking), it doesn’t let their natural gifts and talents shine.

So how can you keep your child’s turbocharged brain, while letting them take advantage of their superpower?

Rather than taking away their power, what we do in our office is to build up their braking system.  We let them keep their turbocharged, 505 horsepower brain.  We just give them fancy sports car brakes to match!

This way they can still maneuver and get by with all the other kids in the 30 MPH speed limit.  They can handle and adapt to all the stress and noise in our world.  Socially, intellectually, and emotionally their bodies can cope.

But more importantly, it means when the roads do open up…when the speed limit sign is taken down and the space is wide open…now they’re still able to take off and really shine!  They’re able to use their turbocharged brain to the max and take advantage of the all the gifts they are given!

If you’d like to learn how to build up your child’s brakes, so they can develop control over their turbocharged engine, click here for our next workshop: