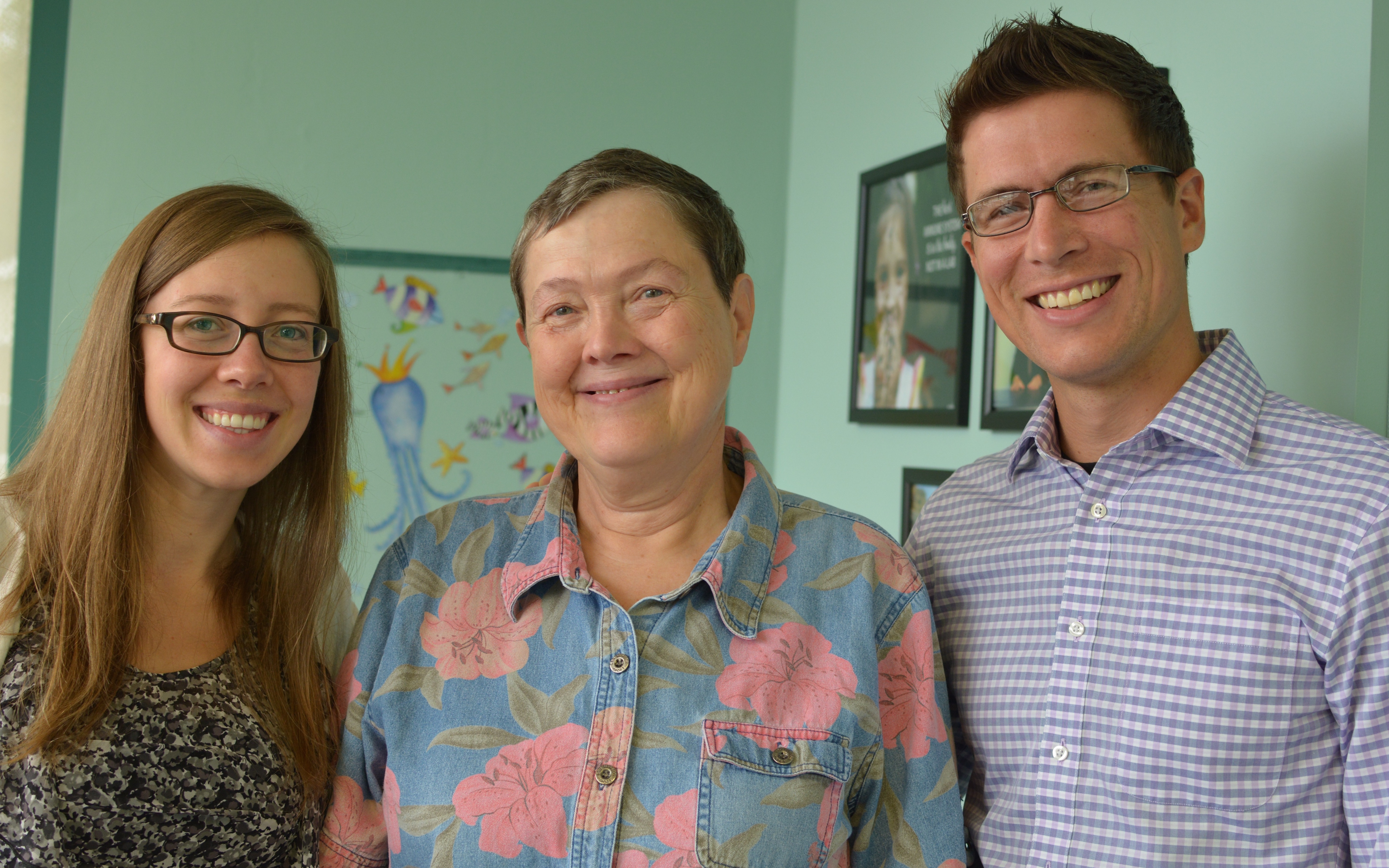 Within three weeks of Virginia B. coming to Whole Family Chiropractic in August 2015, a 2-year depression she’d been in following a family tragedy lifted–and, as Virginia puts it, “hopefulness came back into my life.”

“After my 24-year-old great niece died tragically in January of 2013, I felt like I lost the future,” Virginia says.  “I was using food and to some extent alcohol to self-medicate.  I had tried everything, but everything was such a struggle.  And I was so slow and creaky in the mornings.  I had no energy.

I was in an overall poor state, mentally and physically.”

Virginia also had a car accident in 2013, and tried a “regular” chiropractor, which helped some, she says–but she really disliked “the neck-cracking thing.”

“What Whole Family does [neurological adjustments using Torque Release Technique designed to help the brain and the body ‘talk’ better via the nerve system] is so much gentler and the results are so much greater,” Virginia says.

Virginia also likes that Whole Family’s Dr. Tye Moe and Dr. Chelsey Henney talk about what’s happening, and let her know about changes they’re seeing in her body–for example, the vertebra in her lower back have shifted into a better position as a result of the adjustments removing “stress” on the nerves and helping them conduct better.

Virginia recalls her first visit to Whole Family for her initial examination and consult.  “When I came here, I told Dr. Tye I just wanted to get my joy back,” she says.

“Coming to Whole Family was the key to my being able to do everything else I’m doing now.  The depression lifted, I gained physical flexibility, I feel a steady flow of energy, and I feel grounded again.

“It’s been a while since I’ve felt this joy,” Virginia says.  “It’s huge.  I’m just excited about life now!”

The fact that Virginia’s depression lifted and her mood soared is not surprising in the light of recent research indicating that neurotransmitters like mood-boosting dopamine and serotonin are produced along the spinal cord in communication with the brain.

Removing communication-blocking subluxations of the spinal cord and associated nerves is the precise mode of action of the gentle, specific Torque Release adjustments Whole Family gives.

Virginia’s life since experiencing the radical improvements in her mood and mental state basically sounds like a whirlwind of changes:

“I’ve hired a personal trainer and lost 10 lbs.–without depriving myself.  I’ve had a lifelong weight problem, so that’s a miracle!  The mental and emotional improvements helped me stop using food to self-medicate.

“I can keep up with my dogs better.  I’m thinking of taking up Spanish.  Things are going very well for me at work.  I’m much more outgoing and have a great relationship with my supervisor.

“My coworkers have even commented that I look younger and have a smile on my face for no particular reason!” says Virginia, who works in customer service for a large, prestigious international company whose clients are businesses and professionals all over the world.  “It’s very important that I be at the top of my game if I want to continue working.”

Bottom line:  “Torque Release chiropractic has totally worked for me,” she says.  “I feel like I’ve gotten my emotional and physical health back!”

Virginia’s scans–cutting-edge, completely noninvasive thermal digital scans Whole Family takes to measure neurological function, which appears as a graphic representation that practice members can see for themselves–reflect the radical improvements in her nerve function that are the foundation of her body’s amazing-seeming ability to restore itself mentally and physically.

Whole Family practice members typically experience significant changes as a result of pinpointing and removing subluxations in the nerve system that are “blocking” full communication with the brain and interfering with the body’s inherent ability to “fix” itself.  In fact, children sometimes see even quicker results than Virginia’s.  (See other blog posts on this page–for example, Tashi K. and Alina, Tessa, Johahna, and Keasley O.)

“When I started, my scans were off the charts,” Virginia says.

“Now, everything has moved and a lot of stuff has gone away.  There’s still stress [showing] on them, but now they’re on the chart!” she says.  “My 70 [years] now is more like 55!  It’s a whole new ballgame for me.

“I told Dr. Tye I haven’t felt this kind of hopefulness or overall energy since I was in my 20s,” Virginia says.  “It’s like getting your life back!”

Are you or someone you love longing for changes in your mental or physical health?  Would you like to know whether you too could regain normal function without drugs or surgery?  For more examples of life-altering changes Whole Family’s neurological care using Torque Release Technique has produced for both adult and pediatric practice members, see other blog posts here.